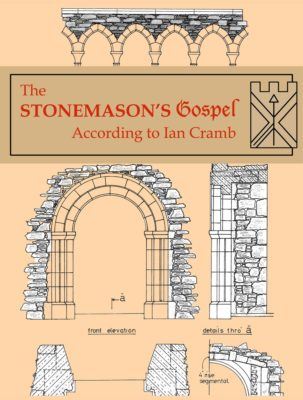 Limestone, the material calcium carbonate, has never changed from its beginning up to and including now. There have always been two classifications, ‘pure’ and ‘impure.’ Today it is classified as pure (high calcium) and two levels of impure lime based on the magnesium content, Dolomitic and Magnesian.

What has changed over the course of time, especially in more recent years, is how the calcium carbonate stones have been prepared by firing them in the kiln to produce quicklime. There is a most simple way of burning limestone in a vertical kiln using wood for fuel and keeping the temperature between 1650F and 2000F and then cooking it slowly over a few days. This has been done for centuries.  The proof that this method of cooking the stone has extreme merit is evidenced by the very old buildings throughout the world which still stand that utilized this method of preparing lime. ‘Lime’ is what limestone is called when it is cooked and slaked to make a putty that is incorporated into making building mortars, plasters and paints. The technical chemistry was unknown to old lime burners and masons. They just knew what worked and kept using the time-honored methods of preparing the lime.

When burned limestone has water reintroduced to it, called slaking, it then blooms into a beautiful white putty-like material. The volume of putty produced is double that of what was once the condensed rock. This ‘lime putty’ will draw carbon dioxide out of the air for a very very long time and slowly convert back closely to a limestone again. Lime putty has its initial set over a six week period by exposure to air. However it will attract carbon dioxide almost to a point of being completely ‘carbon neutral’ over time in regard to the embodied energy first required to produce the lime.  Through lime’s interconnected pores it even knits minor fissures together by moving about some of the not fully burned ‘free lime’ which creates more surface area to draw in the carbon dioxide.

Early masons knew that some limestone deposits produced limes that set quicker and became harder sooner. So, unlike simple air-setting lime putty, hydraulic limes were used throughout the world and in the United States to build with when the impure raw material had reactive silica or certain clays naturally found in the stone. These impurities were cooked along with the calcium carbonate stone. The term ‘hydraulic’ means to set with water and under water. Portland cement is hydraulic lime. The reason it is overall strongly suggested not to be used for masonry building conservation is that the synthetically added materials used to make Portland cement become intensely hydraulic also make the whole lot detrimental by various degrees of incompatibility with original porous building components. Two of those detrimental characteristics are that Portland cement is brittle and does not accommodate movement and secondly it reacts with sulfates. But a great incompatibility and detriment to historic masonry buildings is the increased densification of mortar that consequently occurs with every increment of additional Portland cement added to make the mortar become very hard. Densification does not allow the building to remain ‘breathable’ through the mortar joints but instead allows water to become held back and sometimes trapped into absorptive inner bedding joints. This phenomenon forces the wetting and drying cycles of the building to occur through the porous historic units and this is what greatly contributes to accelerated deterioration of the irreplaceable bricks and stone used to originally build a building.

In Ian’s first book he used and suggested mortar mixes that I and every other mason has typically used. These mixes gauge-in some Portland cement into high-lime (Type S lime) containing mortars. The reason we all did this is because readily available Type S Hydrated Builder’s Lime and cement were what we had to work with prior to the commercial availability of natural hydraulic limes now sold in the US. If Type S lime was blended with sand alone we discovered it would not hold up to the freeze-thaw cycles in northern climates. Why this occurs when nothing has changed about the limestone itself puts the spotlight on the cooking procedures. Too hot and too fast of a burn can cause the limestone to become ‘dead-burned’ and loose its ‘reactive’ nature which allows it to closely convert back to a hard and durable limestone again. A durable mortar made from reactive lime which maintains vapor permeable pores and has a desired malleable nature to accommodate minor building movement is the best for vertical, above grade work. Pure air- setting limes that remain reactive because they are burned at a low temperature can be obtained in the US too. However, due to the six week set time the cost for building with these limes goes up exponentially. So in this book the mortar mixes are more clearly defined from Ian’s first book as being mixes that use a binder of hydraulic lime but not the hydraulic lime that is Portland cement. I hope this helps you in designing appropriate mortar mixes for certain corresponding applications. It is a labor of love and worth understanding in order to realize the greatest long-term service life which can be obtained for repairing a vintage building and its components. I hope my contribution of this knowledge into what makes one lime better than another brings about a higher degree of excellence in the historic building conservation work you endeavor to do.

P. S. Ian passed away in 2013 and has left his legacy in print.  You can purchase this Ian Cramb  book from LimeWorks.us at the on-line store.

Facebook Email linkedin
This is part of a series of blog entries that will feature mason, Randy Ruth. Randy was the former lab technician at LimeWorks.us an...

END_OF_DOCUMENT_TOKEN_TO_BE_REPLACED

Facebook Email linkedin
by Debra Grube and Samantha Horvath LimeWorks.us is providing a custom blend of our Ecologic™ Mortar for the restoration of Mt. Ver...

END_OF_DOCUMENT_TOKEN_TO_BE_REPLACED

Facebook Email linkedin
Recently some of the employees of LimeWorks.us had the opportunity to learn more about our product Lithomex from D...

END_OF_DOCUMENT_TOKEN_TO_BE_REPLACED

Facebook Email linkedin
Lime putty for mortar has been in known use for over 6000 years. Modern Portland cement, lime and sand mortars have dominated for le...

END_OF_DOCUMENT_TOKEN_TO_BE_REPLACED

Facebook Email linkedin
Prior to the 1940’s many brick and stone buildings were constructed with lime and sand for mortar. Many times these limes were inadv...

END_OF_DOCUMENT_TOKEN_TO_BE_REPLACED

Facebook Email linkedin
An Undertaking of Passion and Love LimeWorks.us is a big part of helping to restore a prominent landmark in New York City, St. Patri...

END_OF_DOCUMENT_TOKEN_TO_BE_REPLACED

Facebook Email linkedin
Straw bale construction is the best of both worlds, it is a green and sustainable way of building and can be affordable with low mai...

END_OF_DOCUMENT_TOKEN_TO_BE_REPLACED

Facebook Email linkedin
The University of Virginia is the only US university with a World Heritage designation, it’s conservation is of the utmost importanc...

END_OF_DOCUMENT_TOKEN_TO_BE_REPLACED

Facebook Email linkedin
The Chemical Heritage Foundation released an episode of their award winning podcast Distillations.  In this episode, Randy Ruth, for...