For the record, Randy Ruth a graduate of the Thaddeus Stevens College of Technology had a hand in all this!

Originally called Hickory Town, the city was renamed after the English city of Lancaster by native John Wright. Lancaster was part of the 1681 Penn’s Woods Charter of William Penn, and was laid out by James Hamilton in 1734. It was incorporated as a borough in 1742 and incorporated as a city in 1818. During the American Revolution, it was briefly the capital of the colonies on September 27, 1777, when the Continental Congress fled Philadelphia, which had been captured by the British. After meeting one day, they moved still farther away, to York, Pennsylvania. Lancaster was capital of Pennsylvania from 1799 to 1812, after which the capital was moved to Harrisburg.

235 East King Street
The only architectural Brownstone in Lancaster. The mix that simulates the original is 1 part NHL 2 and 1 part marble dust.

Just a walk down one street, East Orange, demonstrated that most of the colors in the Ecologic™ Mortar Kit were represented in the historic mortar color. 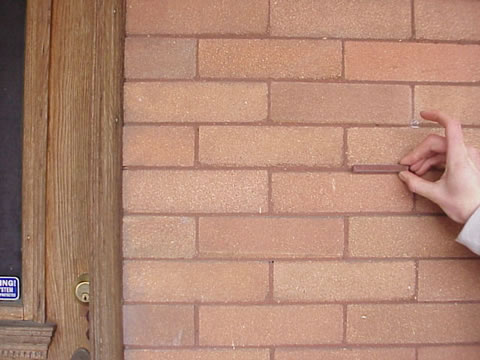 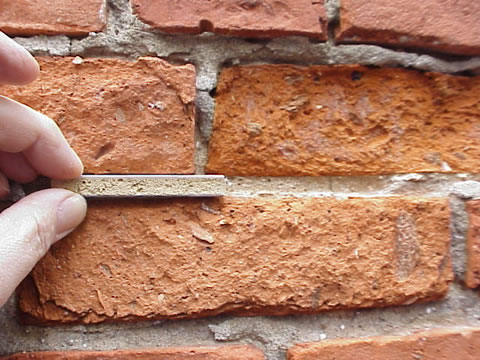 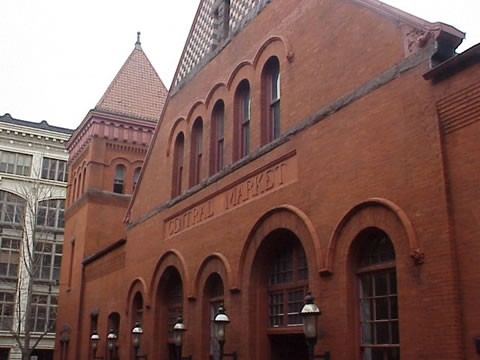 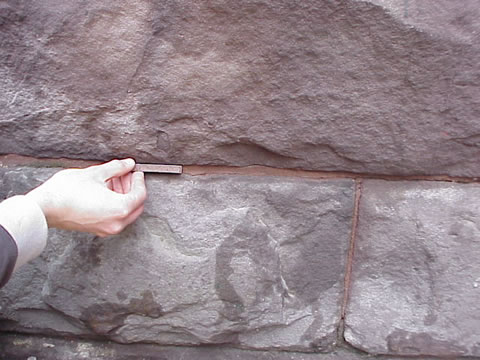 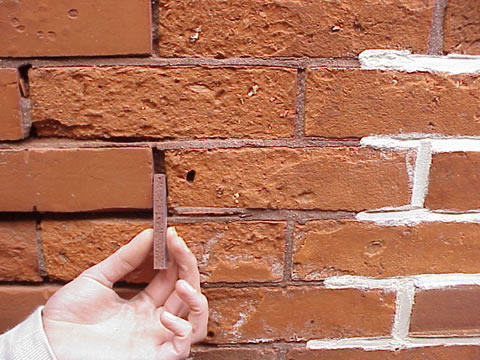 Ecologic™ Mortar color code DGM 300 simulates the hue of the original bedding mortar. Top red pointing is a repoint with colored cement which demonstrates the brittleness and cracking of cement based mortar.

Unclear what the mock-up of white mortar is, however it demonstrates that the color scheme of mortar and brick as originally specified by the designing architect was very important and lends to a beautiful, effortless appearance of complementing components which result in elegant masonry work which soon becomes a defining feature of a region such as Lancaster city.

Jonathan Owens of Brookline Builders, Inc. from Lancaster, PA is serious in readying his sons to be the next generation of educated historic restoration conservators by allowing them an opportunity for some practical experience. The boys were not shy about trying their hand at repointing using lime mortar at the LimeWorks.us “hands-on” training booth.

Wow, the work looked great and it is obvious that these boys both have some natural skills. Met with the user-friendly Ecologic™ Mortar, (and not knowing the boys were not really masons), even a child can repoint with great success! LimeWorks.us set up the display panels at the Lancaster Historic Home Show on February 26-28, 2010 and invited the public to try some repointing and brick and stone repair materials.