Binders are materials that act as a bonding agent that when mixed with aggregate and water form mortar, which is used to bond various masonry units together playing a structural and decorative role in a building. There are four main binders that have been used throughout masonry history, lime, hydraulic lime, natural cement, and Portland cement, all of which are derived from limestone. Binders affect the physical and chemical properties of the mortar including its strength, how quickly it hardens or sets, and how it reacts with surrounding materials. Below is a brief history of each binder type, the chemical reaction of their production, and their physical properties.

The history of the use of lime in an architectural application dates to the fourth millennium BCE in Anatolia and Palestine where it was used as a medium to paint walls. The earliest surviving known example of lime used as a binder in mortars is found in the Knossos palaces of the Minoan age, around 1700 BCE, were it was applied as a plaster. Lime mortar used as a structural component is not documented prior to the third century BCE in Rome, which coincides with the addition of pozzolanic materials modifying the chemistry of the mortar.1

Lime mortar is derived from limestone, composed primarily of calcium carbonate (CaCO3), which is fired in a kiln at temperatures above 700°C (calcination process), and is slaked with water to produce lime, which is then mixed with sand to make mortar. During calcination the limestone decomposes, losing carbon dioxide and 40% of its weight, producing quicklime (CaO).

Quicklime is then added to water during the slaking process, resulting in an exothermic reaction which produces calcium hydroxide (Ca(OH)2) known as slaked lime.

This process was traditionally carried out in a pit dug in the ground where the quicklime was left to mature, allowing the calcium hydroxide to break down slowly and thoroughly to achieve the characteristic smoothness, workability and stickiness of fine lime putty.2 Today slaking is preformed by blowing steam over the quicklime resulting in a powder known as hydrated lime.

At this point the slaked lime is combined with sand in a 1:2-3 v/v ratio to produce a lime mortar that can then be used in the laying of masonry units or as a plaster or stucco. Water must be added if hydrated lime powder is used, however, the volume of water should not largely exceed the volume of lime. Lime mortar sets by contact with carbon dioxide that is present in the air through a process known as carbonation, converting back to calcium carbonate.

Lime mortars are typically classified as air-setting mortars. As the water in the fresh mortar evaporates, air can enter into the now open pores allowing CO2 to react with lime inside the mortar achieving complete hardening. Since lime mortars require CO2 to set and harden there are some limitations as to where they can and cannot be used. They do not harden properly in very damp environments because the water does not leave the pores open for air penetration. They also cannot be used in bulk or in the core of thick walls because carbonation would not occur in a reasonable time allowing the mortar to harden. Unreacted Ca(OH)2 is frequently found in the core of ancient walls.3

There are several benefits to using a lime mortar in a masonry system. They have higher vapor permeability allowing the system to breath, keeping moisture from becoming trapped, and making the system more durable. Lime mortar provides flexibility to the masonry system allowing it to accommodate movements resulting from environmental and structural loading. The low strength of the mortar ensures that any structural movement occurs along the joints between the masonry units, protecting them from cracking and breaking. Lime mortars are also considered to be autogenous or self-healing. Cracks and fissures are healed through a process of dissolution, transport and re-precipitation of calcium compounds, CaCO3 and Ca(OH)2, within the mortar. Water allows calcium bearing compounds to go into solution and then transports them from a binder rich zone to voids and cracks that are present in the mortar. Re-precipitated calcium compounds may then fill thin cracks.4

A binder is considered hydraulic when it can set and develop strength through a chemical interaction with water. Hydraulic limes are produced from mixtures of limestone with clays, which can occur naturally as in impure limestone (natural hydraulic limes, NHL) or be achieved artificially (hydraulic lime, HL) through the addition of clay and other materials to calcium hydroxide. Impure or clay contaminated limestone contains silica and alumina and often other materials that can provide hydraulicity.5 These impurities form materials similar to those found in Portland cement, such as dicalcium silicate, aluminate and ferric phases. Hydraulic lime mortars are stronger and set faster then lime mortars while still being breathable, allowing moisture to escape the masonry system, and are able to set under water.

The reaction of the silica and alumina of the clay with heat, water and lime are what provide the hydraulic component to the binder. There are two principal types of hydraulic components, alite (tricalcium silicate, C3S) and belite (dicalcium silicate, C2S). Alite is only produced at firing temperatures above 1260°C and is therefore not present in hydraulic lime, where the initial material is burned between 600 and 1200°C. Alite is the main hydraulic component found in Portland cement. Belite forms at temperatures between 900 and 1200°C, which falls within the firing range of limes.6 Analysis has shown that hydraulic lime was used in medieval structures before the modern discovery of the process as a result of clay-rich limestone being fired at adequate temperatures to produce belite, resulting in a natural hydraulic lime.7

Since there is more calcium carbonate present in the limestone than clay, firing produces a sizeable amount of quicklime (CaO). The burnt stone is then slaked with a calculated amount of water breaking it into a powder, as seen in the reaction above.

During the hardening process the binder undergoes some shrinkage and the addition of a non-shrinking inert filler, sand, is needed to reduce the shrinkage and improve the binder’s mechanical properties. The typical ratio for hydraulic lime mortar by volume is 1 part hydraulic lime powder to 1 to 3 parts sand to 1/3 to ½ part water.

During the eighteenth century there were substantial developments in the understanding of cementitious materials, the first since the time of the Romans. In 1796, a patent was granted to Rev. James Parker for his invention of “Roman cement”, natural cement, which was notable for having a rapid set. Many other types of natural cement then began to appear on the market, all with varying characteristics. Natural cements are produced from argillaceous limestone, such as marls and septaria that have a clay content higher then 25%. They are classified as natural because all of the necessary materials needed are already present in the limestone. The limestone is fired in a kiln at the same low temperatures, 1000-1100°C, which are used for firing hydraulic lime. The calcium in the limestone combines with the alumino-silicates in the clay to form hydraulic minerals.8 After firing the calcined rock is ground into a fine powder, unlike lime, natural cement cannot be slaked.

Natural cement is a hydraulic binder with rapid setting due to the production of calcium aluminate hydrates.9 As a binder, natural cement has a high compressive strength compared to lime mortars but is still water vapor permeable. Rapid setting and the hydraulic properties of natural cement made it a popular mortar choice for civil engineering projects as well as general construction during the nineteenth century until the arrival of Portland cement in the mid nineteenth century. The properties of natural cements are a direct result of the amount and composition of the clay present in the limestone.

Portland cement was patented by Joseph Aspdin in 1827, who claimed that his invention could produce an artificial stone as good as Portland stone. However, his invention was not yet comparable to what is used today. A comparable material to present day cement was produced by I. C. Johnson in 1845 by firing limestone and clay at such high temperatures that the final product was a vitrified mass.10 As kiln technology advanced during the nineteenth century they were able to fire at higher temperatures for longer periods of time allowing for complete vitrification of the silicates present in the clay.

Portland cement is manufactured by firing a mixture of limestone (CC) and clay (AS), around 22%, at high temperatures (1450°C) where almost complete melting occurred, transforming the limestone clay mixture into their hydraulic mineral species, resulting in a clinker after cooling. The clinker is then finely ground into a powder and mixed with up to 5% gypsum, which is required to reduce the speed of setting that starts when the powder is combined with water. Firing of the original product at this temperature results in the production of tricalcium silicate (C3S, alite), dicalcium silicate (C2S, belite, the only active compound in hydraulic lime), tricalcium aluminate (C3A), and calcium alumino-ferrite (C4AF).

Water (H) is then added to the products resulting in the formation of hydrated calcium silicate (CSH), hydrated calcium aluminate (CAH) and free lime, calcium hydroxide (CH). This reaction is what causes the cement to harden and gives it its hydraulic properties as well as its high strength.

As the hardened material ages and undergoes carbonation the free lime converts back into calcium carbonate and converts the hydrated calcium silicate and aluminate into amorphous silica and alumina. Carbonation reaction is very negligible and does not impair the mechanical strength of the cement mortar.

The physical properties of Portland cement are primarily dictated by tricalcium silicate (C3S). C3S is what gives Portland cement its fast hardening time and high strength. During setting C3S will hydrate to produce hydrated calcium silicate (CSH), just as dicalcium silicate (C2S) will, but C3S will produce over three times more calcium hydroxide (CH) then C2S does. The formation of calcium hydroxide begins as soon as water is added to the powdered clinker and will crystallize in the pores of the mortar altering the pore structure.11 This results in a poor void structure within the mortar making it quite dense and reducing the vapor permeability to the point where it is four times less vapor permeable then Natural Hydraulic Lime. Crystallization of calcium hydroxide also alters the elasticity of the mortar, stiffening it, which puts the mortar at higher risk of long-term cracks forming.

Back to list
Older I have unusual details, could you explain or can I tell you what I know about the subject? 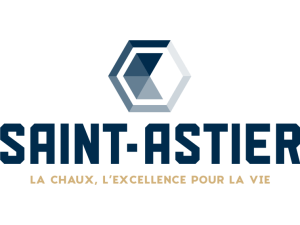 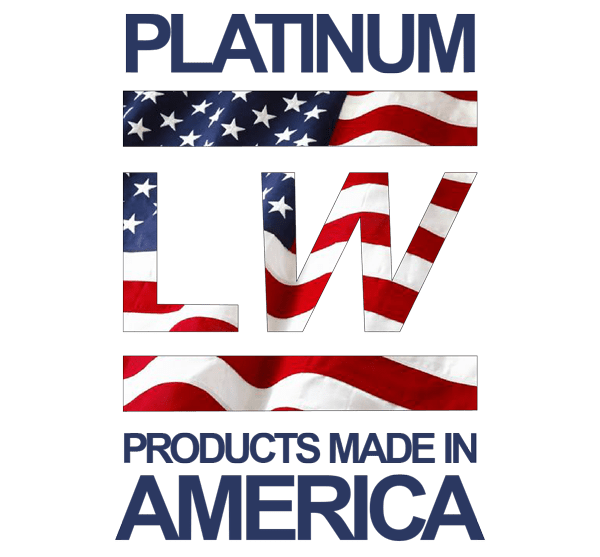